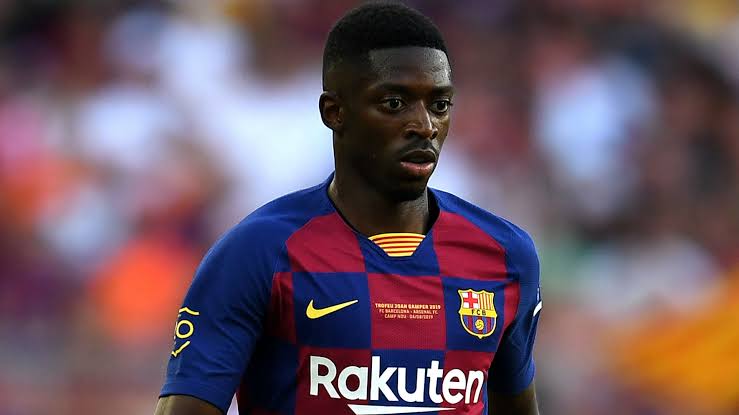 The Neymar transfer saga has been nothing but a roller coaster. Just as a return to Barcelona appeared to be dead, the Blaugrana have now received a huge boost after one of the players agreed to leave for Parc des Princes to pave the way for the Brazilian’s return.
Ivan Rakitic and Jean-Clair Todibo were offered on a year-long loan alongside Dembele, with the Croatian midfielder and French defender agreeing to join PSG. However, the 22-year-old World Cup winner rejected the move, leading to a breakdown in negotiations with Les Parisiens.
However, L’Equipe now report that the former Dortmund starlet has changed his stance after talking with Thomas Tuchel, the current PSG boss and the attacker former manager during his Bundesliga days.
The tactician held a personal talk with the player and persuaded him to make a Parc des Princes move. Him being open to joining PSG in an attempt to bring Neymar to Camp Nou is great news given that the Ligue 1 champions reportedly only turned down Barcelona’s offer because they believed Dembele was not an option.
Of course, a lot more details must be ironed out before a deal can be reached but the Catalan giants are eager to reunite the Brazilian with Messi and Co. before the window shuts close on Monday. It will be interesting to see how things unfold.
SendShareTweetShare
Previous Post