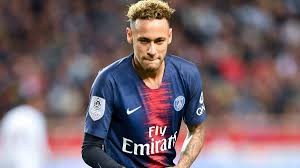 A return to Barcelona is no longer an impossibility this summer for Neymar, as sources have told Goal that Paris Saint-Germain are open to loaning the Brazilian to the Catalan side with an obligation to purchase outright next season.

The move, however, is dependant on Coutinho accepting a loan switch to Tottenham, with upper-tier Premier League sides the only clubs now left in a financial position to pay the former Liverpool man’s wages.

In short, Barca need to offload Coutinho in order to be able to match Neymar’s salary whilst also avoiding falling foul of financial fair play regulations. In addition, Spurs have been told they must pay a loan fee of €30m (£28m/$34m).

Standing in the way, however, is the imminent closure of the English transfer window on Thursday, August 8 at 1700 BST. Despite PSG originally not wanting to sell to Barca, they have now reached an accord – but things rest on whether Coutinho heads to London or not.