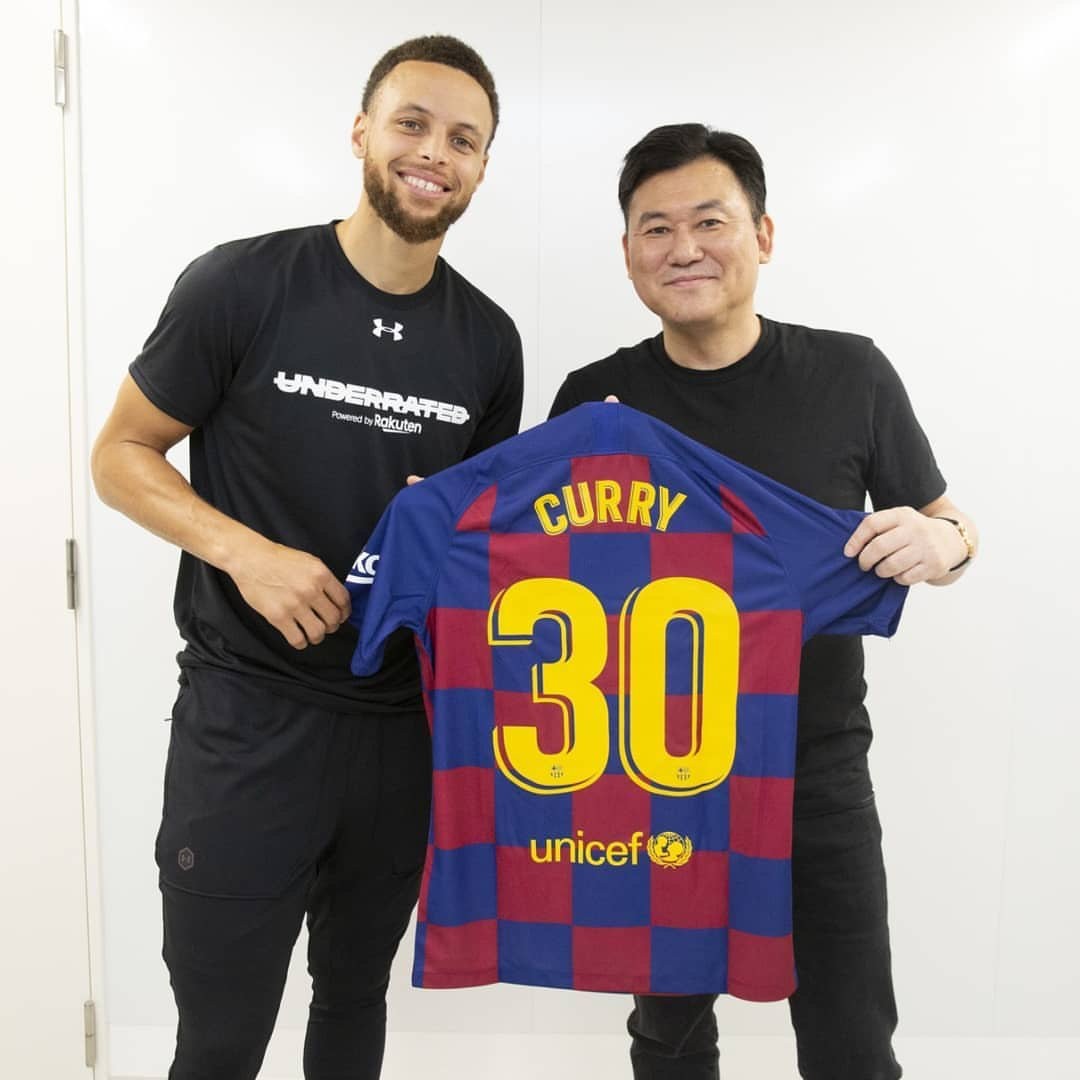 NBA superstar Steph Curry has been presented with a Barcelona jersey by the owner of Barca’s sponsor Rakuten.

Curry has been a super fan of Barcelona captain Messi and he has praised Messi’s ‘creative genius’ in 2018.

“I think it’s the creative genius to what he does and a flair, but also there is a fundamental aspect to the flair,” Curry said