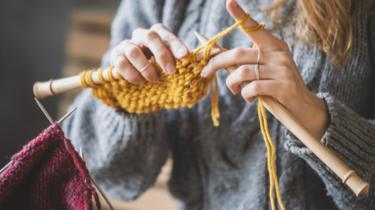 Image copyrightGETTY IMAGES
The popular knitting website Ravelry is banning users from expressing support for the US President Donald Trump and his administration on its platform.
On Sunday night, a tweet, which has now been shared almost 10,000 times and attracted 13,000 comments, said: “We cannot provide a space that is inclusive of all and also allow support for open white supremacy. Support of the Trump administration is undeniably support for white supremacy.”
Skip Twitter post by @ravelry

@ravelry
We are banning support of Donald Trump and his administration on Ravelry. We cannot provide a space that is inclusive of all and also allow support for open white supremacy. More details: https://ravelry.com/content/no-trump …

In a statement on its website, Ravelry said supporters of the president could still use the site but could not express their support in its forum or knitting patterns.

“We are not endorsing Democrats nor banning Republicans,” it said.
“We are definitely not banning conservative politics.
“Hate groups and intolerance are different from political position.”
Ravelry said its policy was largely based on one adopted in October 2018 by the role-playing game website RPG.Net
At the time, RPG said the Trump administration was so incompatible with its values “that formal political neutrality is not tenable”. 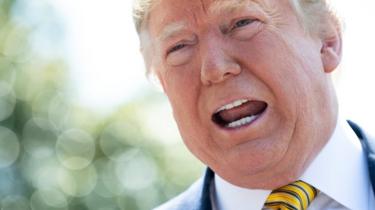 Since Ravelry’s ban, it has been the subject of more than 30,000 tweets.
Joyce Alene tweeted she was “proud” to be a Ravelry member and it was the “same folks who knit hats for the women’s march taking the lead on calling out hate”, alluding to the Pussyhat project, where thousands of women donned pink woolly hats to protest against the president. 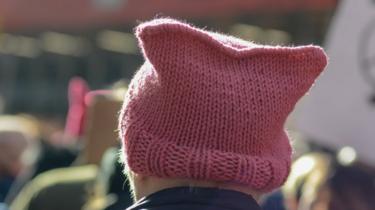 Shelly Caldwell@gbfan2323
Replying to @ravelry
And I will be cancelling my account. #MAGA

1,091 people are talking about this
Report
End of Twitter post by @gbfan2323
Though not a Ravelry user, Keith Barrett tweeted: “You cannot claim to be inclusive while banning or censoring half the country for supporting its president.”
But lawyer Tiffany Li said as a private company, Ravelry was under no obligation to allow all viewpoints on its platform.
Skip Twitter post by @tiffanycli

@tiffanycli
Ravelry is a private company that can freely choose to ban any political viewpoint they want. Internet intermediaries do not have to be neutral. This is legal. https://twitter.com/ravelry/status/1142766608680660992 …
Ravelry

@ravelry
We are banning support of Donald Trump and his administration on Ravelry. We cannot provide a space that is inclusive of all and also allow support for open white supremacy. More details: https://ravelry.com/content/no-trump …